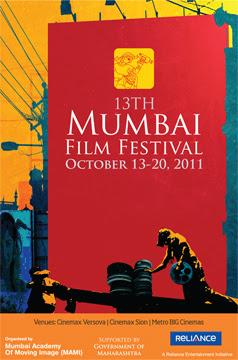 In an unprecedented move, MAMI has added quite a few feathers this year. Taking another step forward with a much needed initiative in the Film Capital of India, the Mumbai Film Mart (MFM) will be held from October 15 - 17 under the aegis of the Mumbai Film Festival. Special focus on non-traditional growing markets for Indian Cinema in China, Korea, Japan, Europe and Latin America with confirmed attendance of buyers.
The MFM will also provide a platform to acquire some of the outstanding films being screened at the 13th Mumbai Film Festival. Direct contact will be established with the World Sales Agents
Senior decision makers will attend from all the leading Indian Production Companies, Buyers, Sellers and Broadcasters.
Apart from conducting the MFM, MAMI will also be holding daily Open Forums on various topics those that will be chaired by eminent personalities from the industry. The Open Forums will be held at the festival’s main venue at Cinemax Versova each day with subjects variedly ranging from Innovative co-productions and crowd funding to Queering India: Gay & Lesbian portrayals in new India Cinema …! Can the festival be any more better?
The topics to be covered each day are scheduled as under:
Friday 14th Oct
Innovative co-productions & crowd-funding: a way forward …?
When we talk about co-productions, we only think of cross-country collaborations (which haven’t really worked much in the Indian context). But are there a lot of innovative co-productions and crowd-funding happening within the country which minimizes the risks of just one single producer?
Chaired by Ketan Mehta, Sanjeev Lamba, Sanjay Suri, Victor Ginzburg and Prashant Nair
Saturday 15th Oct
Have Digital tools helped Cinema …?
With the increasing dominance of the digital formats, is the traditional methods of filmmaking and film business transforming completely? Or irrespective of the newer formats mushrooming by the day, traditional formats of filmaking and film business still continue to be around for long time to come?
Chaired by Rohan Sippy, Samir Hoon, Naresh Malik and Amit Roy
Sunday 16th Oct
Is there room for Independent Cinema today …?
We are not talking about the producer whose only role is to sign cheques … and not a producer who’d ask you to “narrate” a script and at the end ask you who your star is. We are speaking about a producer who knows how to read a script, to begin with … and then, understands the seed problems and is still on the same side as the director. Do we or don’t we need such producers?
Chaired by Madhu Mantena, Sunil Doshi, Uma Da Cunha, Meenakshi Shedde and Jahnu Barua
Monday 17th Oct
Queering India: Gay & Lesbian portrayals in new India Cinema …!
Gone are the days when a gay man was always a limp-wristed comic character who was ridiculed, shunned or beaten up. Even mainstream actors are not afraid to play out gay, lesbian, transgender character or situation. But do these characters have depth and detailing, or are they merely for a sensational spin? Where does censor become an impediment in depicting something meaningful and serious? And do they have an audience at all?
Chaired by Rajit Kapoor, Rajeev Masand, Onir, Meenakshi Shedde, Tarun Mansukhani and Sridhar Rangayan
Tuesday 18th Oct
The relevance of film reviews: Do they really matter today …?
In these times when everyone has become a reviewer on their blogs or tweets, do the traditional film reviews really matter in establishing the credibility of the film (or trashing it)? Are many of these reviews bought or influenced and are examples of different forms of corruption. Or are their honest, righteous reviewers still who influence or guide the way people go to watch it in the theaters or in any other form.
Chaired by Mayank Shekhar, Bhawana Somaaya, Nikhil Advani, Kamlesh Pandey and Anupama Chopra
Wednesday 19th Oct
The state of Screen writing today …!
The US has over 2000 professional writers in movie and television business, maybe all of them not geniuses. However, in a country of billion plus, why is it so difficult to discover and nurture even 50 good writers for films? Are we missing in our effort to find and nurture? Or is the scene genuinely beyond hope?
Chaired by Swanand Kirkire, Sagar Ballary, Vinay Shukla and Saurabh Shukla
Thursday 20th Oct
Is taxation killing Indian Cinema …?
This must be the only country where for a 6-crore film, the producer has to look for a 15-crore box office collection to recover his cost. The only body that actually makes money on all films --- whether hit or flop and without fail --- is the Government. When we pay our taxes on our income and sales etc already, where is the logic of a further taxation on entertainment? Why should entertainment be taxed at all? And if we have to, isn’t the percentage completely outlandish?
Chaired by Sudhir Mishra, Vivek Vaswani, Anil Sekhri, Rajeev Wagle and Ameet Naik
Documentaries vis-à-vis features: Isn’t there really a scarcity of funding, platforms and business? Or, is it?
Documentaries are usually held as the poor cousins of their feature counterparts. Filmmakers complain of lack of opportunities for distribution, funding, business etc. But, aren’t there are filmmakers within this fraternity whose films break these myths. And isn’t it true that most documentary filmmakers actually don’t have producers and, thereby, lack the knowhow of film business? Or, is it?
Posted by Films & TV World at 9:35 AM