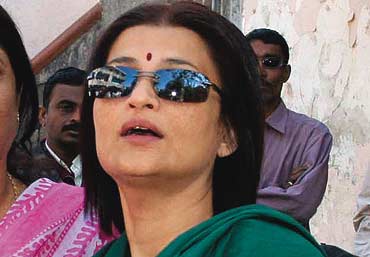 Mumbai Film Festival recently announced actress Sarika as its fifth and final Jury member for the International Competition section. Sarika joins the league of Academy Award nominee director- Hugh Hudson (Jury president, international competition), Roger Spottiswoode director of James Bond film ‘Tomorrow Never Dies’ and the Arnold Schwarzenegger starrer ‘The 6th Day’, Acclaimed Polish director- Jerzy Skolimowski, young Korean director - Na-Hong Jin who received numerous awards and acclaim for his films ‘The Chaser’ and ‘The Yellow Sea’.
Srinivasan Narayanan, director, Mumbai Film Festival says, “Sarika is both an international as well as an Indian actor, and understands the medium of cinema in its entirety. We are happy that she graciously accepted to be a part of the jury."
Commenting on being a part of the Jury, Sarika says, “I am delighted to be part of the 13th Mumbai film festival jury. I am looking forward to watching quality cinema of different kinds and meeting my counterparts from both India and abroad. I think the Mumbai Film Festival gives cinema lovers a great opportunity to experience world cinema. With buzz surrounding this year’s festival and the selection of films, I am certain that a new milestone will be set."
Sarika started her career as a child actress and to date has acted in approximately 100 films. In 2006, Sarika won a National Award in the category of Best Actress for her performance in ‘Parzania’ and also a National Award for Best Costume Design for ‘Hey Ram’.