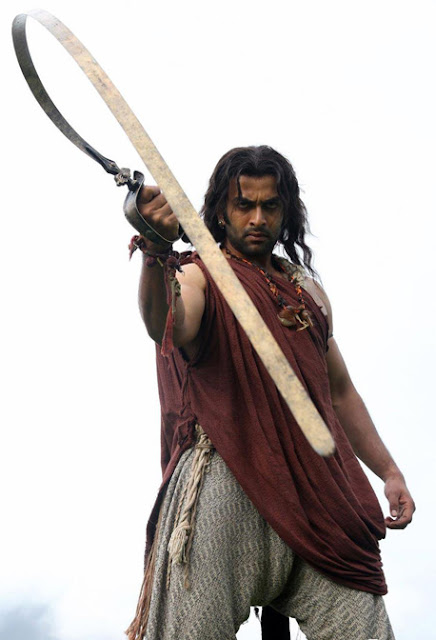 Even for a moment, you cannot take your eyes off even for a second while watching Urumi. One of the highlights of the 13th Mumbai Film Festival (MAMI) is Urumi - a 2011 Malayalam historical-fantasy film directed and co-produced by Santosh Sivan and written by Shankar Ramakrishnan.
A masterpiece of moods, emotions, anxieties ruled by a thirst for revenge, Urumi unfolds like a ballad but is woven into a sweet and simple fairy tale, unlike a period drama with too much talk about freedom struggle, bombastic dialogues and playing to the gallery for heroism. Rather Santosh Sivan has come out with a story of valour with an admirable degree of craftsmanship and clarity, giving this epic the feel of a Brave Heart or Gladiator.
The film starts in the present day with a modern don’t care youth Krishna Das (Prithviraj) and his friend (Prabhu Deva) having a jolly good time in a club in present day Goa. These two young men are running a music troupe and are completely unaware of the history or heritage of their land. From the agents of a multinational mining cooperation, Krishna Das knows that his ancestral property in Kerala leased out to a NGO by his late mother is rich in minerals and is free to be sold as the lease period has lapsed. 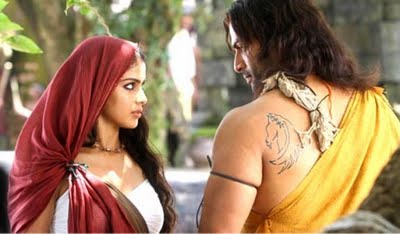 The company offers him a large sum of money as advance. Krishna Das is told that there some problems exist, that he has to convince the people running the NGO for this transaction. When he reaches the plot, he is kidnapped by some tribal (who will have to vacate their lands, if the mining begins) men to cave deep in the forest, and where he meets their chief Thangachan (Arya). Thangachan explains to him that he is the descendant of Chirakkal Kelu Nayanar, and Thangachan resumes the narration. This is where Krishna Das learns the truth about his land and ancestors, which is told in a flashback. 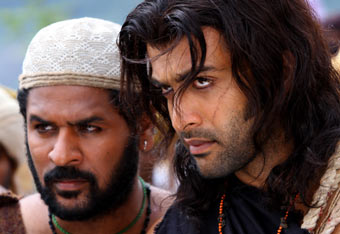 The film is set in the backdrop of the fierce warrior clans of Northern Kerala in the sixteenth century and focuses on the cult of Chirakkal Kelu Nayanar (Prithviraj), a man with an epic mission. His target and mission is Dom Vasco da Gama (Robin Pratt), the Viceroy of Portuguese Empire in India. The film is spread between the second and third visit of Gama to India and chronicles a varied version of how Vasco da Gama could have met a bloody death in AD 1524. In the journey of Kelu Nayanar, he has to encounter the seamless conflicts within the kinsmen and also kings, ministers, peasants and a warring Muslim warrior princess Ayesha (Genelia) of the famed Arackal Sultanat. 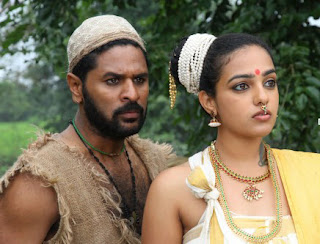 Kelu has a forte, a legendary golden Urumi, specially made from the left over ornaments of the dead women and children who were burnt alive in the massacre of a Mecca Ship, Miri, commanded to be set on fire and drowned by Gama during his second visit to Kerala in AD 1502. Kelu is supported by Vavvali (Prabhudeva), his childhood friend and in a way his elder brother, though he comes from the Muslim neighborhood. The film also has mystical characters like Vidya Balan, who plays Makkom, a displaced Devi Deity in the Oracle form. Kelu tracks his mission through the wild roads of treachery, treason and a hidden passion to reach a master plan to create his own army against the mighty empire. His action in creating an organized revolt becomes the first of its kind movement against the first Colonial advance in India. 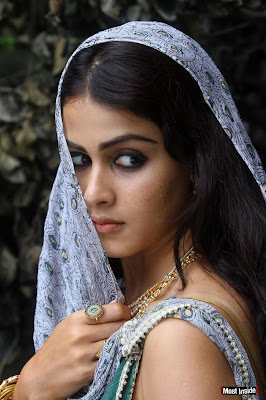 Providing a new insight into the hearts and minds of ancient heroes and shot in locations that reflect the period, everything in this film looks fresh, green and clean and one can feel even the mist. Another major plus is that there are hardly any CG special effects that one would associate with a period war film. Shankar Ramakrishnan’s script is simple and straightforward and keeps the narrative absorbing and inspiring.
The major highlight of the film is the performances of its lead actor Prithviraj as Kelu Naynar is dashing. You cannot take your eyes off him. It’s a difficult role and he has come out with flying colours especially in the climax scene. Prabhu Deva is there in equal frames as Prithviraj, and is a real treat to watch as he does comedy and romance with ease.
However it goes without saying that this is Genelia’s film. She has shed her bubbly image for an out of the world controlled performance and her Kalaripayattu action scenes are thrilling. Of the other cast, Nithya Menon looks pretty and is a scene stealer, while Jagathy as Chenicherry is outstanding. Wonderful performances by Amol Gupte (Stanley ka Dabba fame), Alex O’Neill (known to everyone as Shweta Keswani’s boyfriend) and others are lifelike. Robin Pratt as Vasco looks as authentic as Gama in history books. There is also walk in cameo appearances by Arya, Vidya Balan and Tabu. Ankur Khanna has bagged a good role as Bhanu Vikraman the heir apparent and has tried to make a mark.
The 170 minutes film works to a large extent to its perfect casting, fantastic performances, soothing score and technical brilliance. All credit to the team especially for the intricately crafted script (normally history movies are such a bore) and the super editing of the film without any gimmicks that doesn’t let the audience waver even for a moment. Hats off to the eye catching beautiful camera work by Sivan whose each frame has a heart and technical artistry. This is how a period drama should be made. Go for it.
Posted by Films & TV World at 10:31 AM