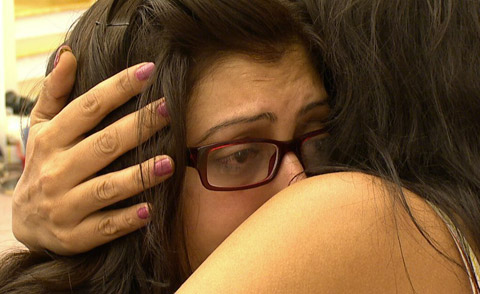 Day 10: The day starts with Pooja Misrra washing the dishes without any complaints. Shraddha Sharma joins her in the garden area. The two start bonding and expressing their views to each other about the other housemates. The two also reach an agreement that if Pooja Misrra survives from eviction this week, then they will not vote against each other during the next week’s nominations.
Juhi Parmar addresses a concern about the dishwashing task that Pooja Misrra has been assigned for this week. While being seated in the dining area, she points out to Pooja Misrra that the dishes are not being washed properly and they continue to remain greasy. A surprisingly quiet Pooja Misrra accepts what is being said without creating any conflicts and agrees to pay more attention while washing the dishes.
Amar is given a special task for the day. He is asked to nominate two people between whom the captain for the coming week will be elected. Amar decides to discuss the issue on hand with his fellow housemates before locking in two names between whom the election would be conducted. Many names are bounced around during this discussion.
Juhi and Mahek discuss whether Lakshmi would be a good choice to be a captain for the coming week and decide that maybe she is not yet ready to take up this responsibility. In order to warn them about probable groupism inside the house, Shakti calls Amar, Mandeep and Shraddha to his room and discusses the nominations plan. He asks for everyone’s opinion to make sure that they are not the target for the next round of nominations and also make Vida the captain for the next week.
When Juhi walks up to Lakshmi and explains to her that she is not a good candidate for captaincy, a suggestion that does not sit well with Lakshmi, who approaches Amar and talks to him about the upcoming captain nominations and her thoughts about it. While the two are talking, Pooja Misrra joins the discussion with her views and also reveals her feelings about Pooja Bedi. Meanwhile, Shraddha and Shakti decide that it’s time to form their own group and take a decision to start alienating someone from the rest of the house soon. Mandeep and Mahek soon join their discussion and the group makes headways in some plotting.
Noticing Pooja Misrra’s reformed avatar, Shonali apologizes to Pooja for being judgemental and mistreating her in the house. This does not sit well with Shonali’s friend in the house, Mahek who calls her diplomatic and two-faced. Not buying any of the apologies that are coming her way, Pooja Misrra admits to Amar that she finds it very difficult to trust the people in the house and believes they are fake.
The weekly task discussion is held by Juhi where she points out the shortcomings of every member in the house. The contestants vehemently deny the allegations and stand for what they are doing and believe it is being done properly. Juhi breaks down when the fellow contestants get really aggravated and lash out at each other while calling each other names.
To be a part of the action, don’t miss Vodafone presents Bigg Boss 5 tonight at 10.30pm only on COLORS.
Posted by Films & TV World at 8:51 PM