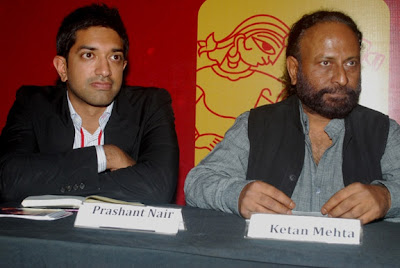 The second day of 13th Mumbai Film Festival saw cinema enthusiasts flock to Cinemax Versova, Cinemax Sion and Metro Big Cinemas since wee hours of the day.
Ramesh Sippy, Kiran Juneja, Sanjay Suri, Ketan Mehta, Vinay Shukla, Vikramaditya Motwane, Anjum Rajabali, Swanand Kirkire, Anaida, Reema Lagoo, Rajat Barmecha (Udaan fame) Sharmani Mukherjee, Chitra Palekar, Reema Lagoo, Bijon Das Gupta were spotted the festival. Apart from international films such as ‘Las Acasias’, ‘The Salesman’, ‘My Little Princess’, ‘The Turin Horse’ amongst others that attracted attention, Indian films screened today included Satayjit Ray’s ‘Pather Panchali’, Umesh Kulkarni’s ‘Deool’- which had its world premiere, Prashant Nair directed ‘Delhi In A Day’ and more.
Commenting on the occasion of the world premiere screening of Deool, Director Umesh Kulkarni said, “Mumbai Film Festival is a great platform to have a world premiere of our movie, since it is a large format event having various cosmopolitan and International movie buffs for which we have organized the movie print with English subtitles. This is my third film and I’m looking forward to its release. After 4-5 years of research we have readied Deool for which our entire team has worked in the rural parts of Maharashtra.” 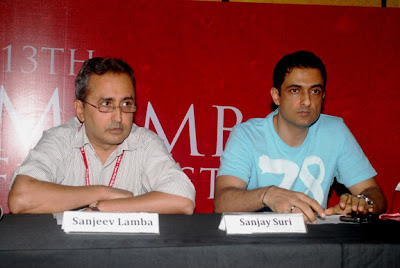 
Sanjay commenting on his movie ‘I Am’, which has about 400 co-producers said “One has to be transparent. In India people don’t do charity because they think it won’t go to the needy. I wanted to make a bonafide film where I could dictate the terms. It’s always important to plan distribution whenever you plan production.”
Prashant Nair whose film ‘Delhi in a Day’ was the opening film of the Film India Worldwide section at the 13th Mumbai film festival had also raised funds to make his film in India. He discussed on the basic money round up that film maker goes through i.e. private  equity, intelligent use of incentives, government support, online funding and leveraging support groups.
Victor Geinsberg gave his unique idea of including brands in the film to raise funds. He shared how everybody in Russia had declared his movie would not work because of its foul language and bold drug scenes. He had integrated various brands in his movie and that’s when he realized that they would be able to fund him. Ketan Mehta gave an overview of funding films from the ancient ways of film funding till the facebook generation of funding films.
With a tremendous turnout and a stunning array of films showcased this day, one only looks forward to the remaining days of this growing film festival.
Posted by Films & TV World at 1:16 AM