BIG BOSS 5 is back to storm television screens with the dashing duo of Salman and Sanjay from today.. 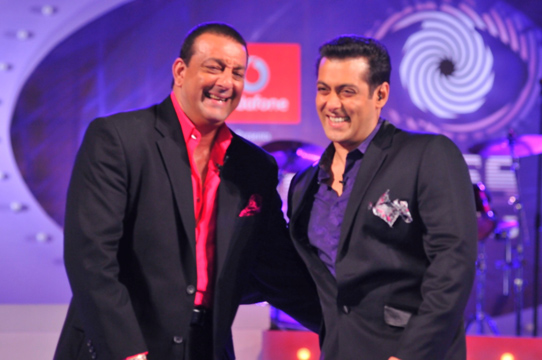 COLORS’ most popular flagship reality show, Vodafone presents Bigg Boss 5 is back to storm television screens with the dashing duo of Salman ‘Dabangg’ Khan and close buddy Sanjay ‘Munnabhai’ Dutt as hosts. Known for their great camaraderie and sense of humour, these two original ‘brats of Bollywood’ will ensure they double the decibels and boldness level in the house while giving the contestants a dose of ‘Double Vaat’. Survival of the fittest is passé- Season 5 promises to be bigger and bolder, larger and louder, messier and meaner as the duo gear up to enter the living rooms across the country with their trademark style – Explosive and Entertaining! Bigg Boss 5 is all set to go on air with a grandiose opening episode unveiling the 14 celebrity contestants today on October 2nd at 8.00 pm.  Subsequent episodes will be aired from Monday to Friday at 10.30 pm and Saturday to Sunday at 10.00 pm only on COLORS.
The Bigg Boss House this year is more compact unlike last year, leaving no scope for contestants to have any personal space or time. From being a sanctuary, the house will now be a cage with contestants gnawing at each other’s nerves. This means not just more drama and more clashes, but testing the patience of the 14 contestants dying to breathe and let loose. The Bigg Boss house this season is moving from the busy markets of Lonavala to the lush plains of Karjat, where the contestants will be even more isolated than before. With all this and more, the season is geared up for a double whammy with the two hosts ready to explode anytime unexpected. Bigg Boss fans will see contestants break away from the usual antics as they outdo the other, mean gets meaner while loud gets louder to win the cash prize of Rs 1 Crore. 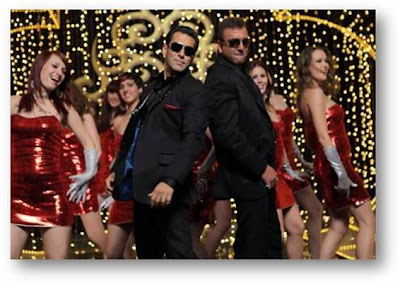 Speaking about the new season Raj Nayak, CEO, COLORS said “Bigg Boss is one of our flagship shows which has been successfully been running on the channel over the last 4 seasons, it is a unique format that provides brands an exciting and innovative platform, spread over more than 3 months. This year with two of Bollywoods biggest Super Stars , Salman Khan and Sanjay Dutt as hosts we’re confident of making Bigg Boss even bigger & generating both - higher revenues as well as stickier eye-balls. Vodafone continues its partnership with us third year in a row as a presenting sponsor, along with a new set of advertisers from across categories like FMCG, Automobiles, Electronics, SkinCare and more.”
Elaborating on the chosen time slot for the show, Ashvini Yardi, Head – Programming, COLORS, said “Vodafone presents Bigg Boss 5 in the fifth season ups the game in double measure completely – big gets bigger, loud gets louder, mean gets meaner. Making it twice as tough for the contestants are the two original brats of Bollywood - Salman and Sanjay who are out to give them a dose of double vaat. This formidable combo will bring alive their inherent on screen chemistry and cheeky humour that fits in well with the format of the show. Their impeccable timing, candid style and undeniable mass connect will make Bigg Boss 5 a must She further adds, “With a strong fiction line-up during the week, we bring in Bigg Boss 5 to the 10.30 pm time slot this season. Na Aana Is Des Laado, which currently occupies this slot, will be moved to the 1.00 pm to build our afternoon band. On weekends, Bigg Boss 5 will air at 10.00 pm which will include the eviction episode on Saturday’s (with Aakhri Farmaan) and some unseen tidbits from the show on Sunday’s (Undekha Action). This is being done with the aim to build up viewership on weekends and keep everyone tied to their seats with their fingers crossed in anticipation about who will be leaving the Bigg Boss House.”
Talking about the Bigg Boss Season 5, Deepak Dhar, Managing Director, Endemol India said, “Bigg Boss is a brand today, the format and content of the show is something that cuts across all segments both in popularity and appeal. This season, the game gets bigger and bolder. The show has all the ingredients of great entertaining content – fights, romance, drama, comedy and now with two hosts Sanjay Dutt and Salman Khan the viewers are in for a visual treat.”
Talking of his association with Bigg Boss, Salman Khan, commented “Last season, Bigg Boss was a new venture but I thoroughly enjoyed it. Now in my second innings with Bigg Boss, I am extremely excited about hosting it with my close buddy, Sanjay. If you saw me easy and friendly last season, this season I am going to be tough and gang up with Sanjay to lagao sabki double vaat. Making the contestants stay inside the house chaotic and a living hell is just a trailer into what’s in store for them.”
Speaking on his first time on television, Sanjay Dutt said “Television has always interested me, but I never got the right opportunity to dive in. The candid format and fun element involved in Bigg Boss is what attracted me.  Besides hosting it with my brother and buddy Salman was a reason enough to take it up. We share a great chemistry and love entertaining people. As for the contestants, Bigg Boss 5 is not going to be a holiday, beware.”
On Vodafone being the Presenting Partner for Bigg Boss 5, Kumar Ramanathan, Chief Marketing officer, Vodafone says, “Vodafone as a brand has always been associated with engaging formats. Bigg Boss is a unique combination of reality and unpredictable drama. Partnering with such a reality show gives us an opportunity to get directly involved with our consumers across every touch point. Bigg Boss enjoys good viewership and associating with such a high decibel show will only increase our brand value. We are keen to look at seamless brand integration with Bigg Boss season 5 with a range of activities planned around the show for the housemates as well as Vodafone customers. Our association with Bigg Boss last season was a great success and we hope to re-create the same buzz this season as well”.
Produced by Endemol India Private Limited, Bigg Boss presents the unique combination of reality and real, unscripted drama. It is the ultimate reality show where 14 celebrities, from different walks of life, are locked in a house, for 98 days – with 55 cameras following their every little move 24x7 and Bigg Boss, the ultimate authority in the house who ensures that their stay is anything but comfortable. As the 14 contestants vie to survive in the Bigg Boss house, one will see all emotions - irritation, backbiting and backstabbing reach its prime. This is one reality show that brings out the best and the worst side of contestants, loud gets louder, bold gets bolder and mean gets meaner. Last year, 105 million viewers watched Season 4 of Bigg Boss, over a period of 3 months.
Posted by Films & TV World at 8:07 PM