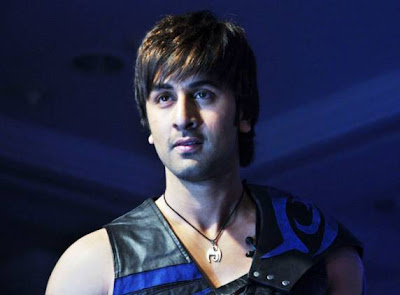 If there is one thing that the Bigg Boss house has in abundance this year, it’s women!  And with hunks being a rare breed this season, hot dude Ranbir Kapoor is expected set the barometer raising. In the special episode to be aired today, there is buzz that Ranbir Kapoor along with singer Mohit Chouhan would be visiting the show and would be seen socialising a bit with the women in the house.
Yes, being a Diwali weekend, and with Rockstar due for release, Ranbir has taken the small-screen route to promote the film. Naturally, the ladies will have this special guest visiting them along with singer Mohit Chauhan, will be visiting the sets of Bigg Boss 5 – Aapka Farman to promote his upcoming movie Rockstar. While it is still not confirmed if the actor will enter the house and speak to the contestants in person, we have heard that Ranbir is very keen to have a conversation with the ladies – especially so because they are ‘trapped’ in the house with a handful men. Ladies Man, Ranbir has, in fact, even managed to convince Mohit to try to convince Sanjay Dutt so that they can get a glimpse of the women inside the house. Will Sanjay Dutt give in and give Ranbir Kapoor a chance to chat up the ladies?
To find out, don’t miss Vodafone presents Bigg Boss 5 – Aapka Farman today, October 29 at 10.00pm, only on COLORS.
Posted by Films & TV World at 1:44 AM