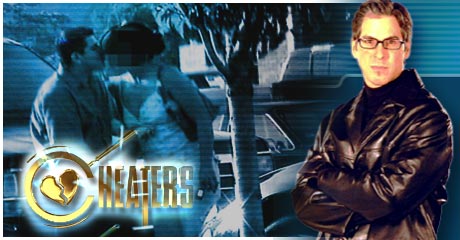 They say love is as much of an object as an obsession. Everybody wants it, everybody seeks it, but few ever achieve it. Those who do will cherish it, be lost in it and never ever forget it!
On the upcoming episode of Cheaters on BIG CBS SPARK, another love story will come to a tragic end. Hearts will be broken and some relationships will change forever. Jandy Thompson is an Apartment Manager and has been seeing Alfredo Gonzalez for the last two years. It was love at the first sight. They saw each other at a mall and knew instantly it was forever. But somewhere down the line, Jandy started feeling that she was being deceived and wanted to know the truth.
The Cheaters team investigates the case and finds out that Jandy’s fears were true. Alfredo was involved with Stacey and was very intimate with her. On the very first day of investigation, on camera Cheaters caught Alfredo making out with Stacey which left Jandy devastated and shocked.
Will Alfredo regret what he has done? Will Jandy forgive her partner or leave him for good? Watch the episode on 06th October 2011 at 8:00 p.m only on BIG CBS SPARK.
Posted by Films & TV World at 6:06 PM